An all-electric service fleet: Not “if”, but still “when”

Over the last 12 months, Qcom has been carrying out a pilot project to investigate the suitability of electric vehicles for its nationwide field engineering fleet.

As the trial draws to a close, the trial has given us much to reflect on – and the reluctant conclusion that, for Qcom at least, the transition to an all-electric fleet is unfortunately still a case of ‘not if, but when…’

The case for electric

There is absolutely no doubt that any business currently running a fleet of vehicles needs to be actively considering, and working towards, a transition to electric.

This is based on more than a vague desire to be (or worse, to be seen to be) ‘environmentally friendly’.

The political and social framework within which all businesses operate is shifting fast, and more than 120 of the world’s leading companies have already recognised this by committing to change fleets to EV by 2030 – a total of 5.5 million vehicles. With the UK Government among a growing number committing to ending the sale of new petrol and diesel cars by 2030, it is clear that electric vehicles are the future of transportation, destined to be the new normal within a decade or less.

On a more immediate economic level, although electricity prices are currently at an all-time high, today’s astronomical forecourt fuel prices mean that our pilot vehicle has still proved to be considerably cheaper to run than either a petrol or diesel alternative.

And encouragingly, even over the 12 months of our pilot project, we’ve seen a significant increase in the number of retailers providing EV charging stations, improving the accessibility of charging points in towns and cities in particular. 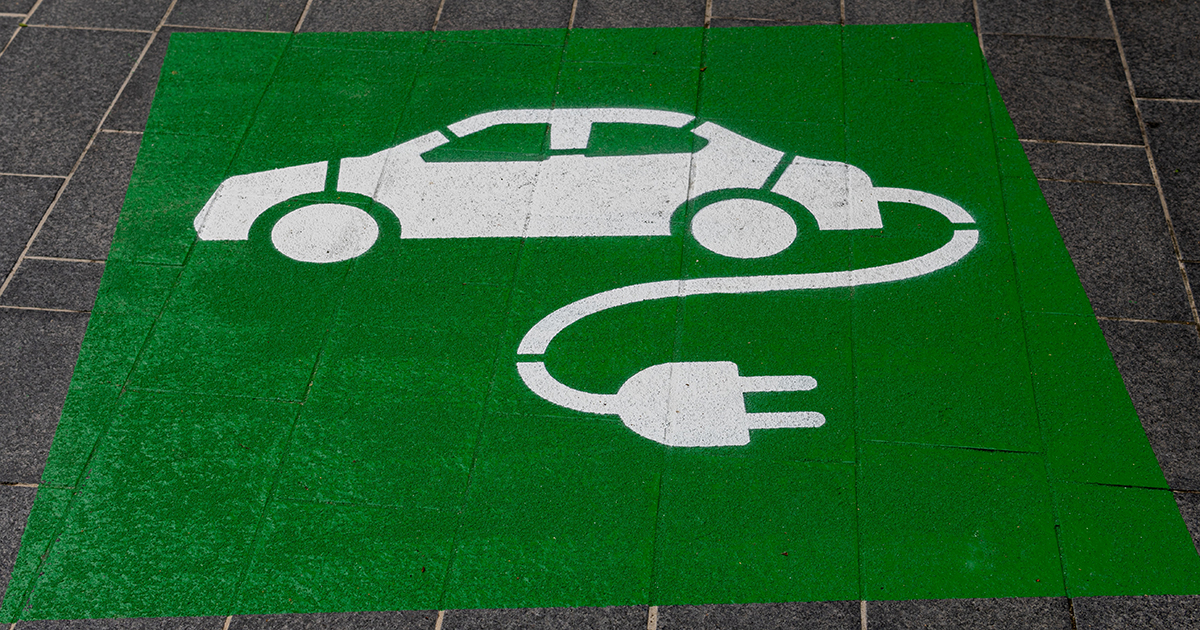 Not if, but when – the future of the Qcom field engineering fleet is almost certainly all-electric

So why not now?

Unfortunately, while there are a lot of positives to reflect on from this trial, we have also identified some fundamental problems and barriers we have yet to overcome.

While there has indeed been a growth in the number of charging stations across the UK, there is still not a wide enough spread to support our operations at full capacity.

Our trial was carried out with a senior engineer based in London and the South East, where charging points are generally most accessible. Despite this, the logistics of charging our trial Kia e-Niro always remained an issue – a problem compounded by the capital’s unpredictable traffic and consequent risk of running out of charge.

But of course Qcom is very much more than a city-based operation. Our field engineering team supports technology products in locations from John O’Groats to Lands’ End, and unfortunately there are simply not enough EV charging stations to support this universal coverage. The sporadic distribution of charging points, particularly across more rural regions, would severely hinder the ability of an all-electric fleet to support a timely nationwide service.

This problem is further compounded by the unreliability of the charging facilities which are available. As well as being unevenly distributed, the UK’s current charging infrastructure seems increasingly fragile and unsupported. Broken, faulty and offline charging points have regularly left our engineer having to make alternative plans and last-minute diversions, all of which ultimately risk a negative impact on our ability to meet vital service level agreements.

Finally, the electric vehicles themselves remain something of an issue for our requirements. While we identified the Kia e-Niro as a best fit after considerable research, it still struggled to meet the functionality of the vehicles we are hoping to replace.

The impact of large batteries on overall boot size is a particular issue, something that is vital as we assess a vehicles ability to carry larger products and parts. This is something which will undoubtedly be resolved in the coming years as new technologies, designs and vehicles come on to the market, but at the moment it remains a real obstacle to change.

So, while Qcom prides itself on being an innovative and forward-thinking company, a nationwide roll-out of electric vehicles seems simply not viable as of today.

Our engineers and technicians are responsible for mission-critical technology in many of the sectors vital to the UK and Europe’s economic, social and personal wellbeing, including healthcare, supply chain and logistics, food retail, manufacturing and industrial automation. Given this context, it is vital that any changes we make do nothing to jeopardise our customer-first ethos, and the legendary Qcom commitment to ‘going the extra mile’ to reach call-out appointments on time, every time.

Of course, this is not the end of this story. We recognise that the change to all-electric is not only inevitable, but essential. There has been huge development in the EV industry over the last five years or so, and we are confident that this will only accelerate. The tipping point towards an all-electric Qcom field service fleet is something we will be monitoring closely, month by month rather than year by year.

Summing up, Qcom managing director Neil Anderson said: “This trial has been an invaluable experience for Qcom.

“We are determined to be as proactive as possible in reducing the environmental impact of our activities, but the trial has demonstrated that, for now at least, a switch to an all-electric vehicle fleet would unacceptably jeopardise the commitments we make to our customers.

“We will be looking eagerly for the right moment to make the switch, but we will only do it when we can be sure that the vehicles and infrastructure are ready to support outstanding Qcom service delivery for every technology product in every location for every customer.”

To read the previous article in our EV trial series, looking at the day-to-day practicalities of living with an electric vehicle, click here.